Global dealmaking suffered a record fall during the second half of this year, as rising interest rates and economic uncertainty brought a period of frenzied activity to an abrupt close.

Mergers and acquisitions worth $1.4tn were announced during the six months to December, according to data provider Refinitiv, down from the $2.2tn agreed in the first half of 2022. It was the biggest swing, from one six-month period to the next, since records began in 1980.

The slowdown was the result of sharp interest rate rises, in the wake of rising inflation and the war in Ukraine, hitting confidence in global markets and increasing the cost of financing. Junk bond markets all but froze up, complicating private equity firms’ ability to fund deals.

Private equity-backed buyouts slowed but many firms have raised large funds that are yet to be fully deployed. Some are making smaller acquisitions and hoping that larger buyouts will become easier next year if debt markets open up.

Private equity groups are also taking longer to deploy their funds, according to Christian Sinding, chief executive of EQT. “The typical cycle has been three years, recently it’s been closer to two years because it shrinks in very hot times, but it could now extend beyond three years again”, he said.

Alison Harding-Jones, head of M&A for Europe, the Middle East and Africa at Citigroup, expected dealmaking in 2023 to be “driven primarily by corporate activity” as companies with healthy balance sheets sought to expand.

“People are very busy. High quality strategic transactions, I think that’s going to be the definition of the first and second quarter next year,” she said.

Some advisers said 2023 might also be a year of two halves, as corporate leaders started to accept bids at lower valuations.

“At some point during the year . . . we’ll start building up again,” said Eric Swedenburg, a partner at the law firm Simpson Thacher. “It won’t be right out of the gate in January. I don’t think we’re out of the woods yet”. 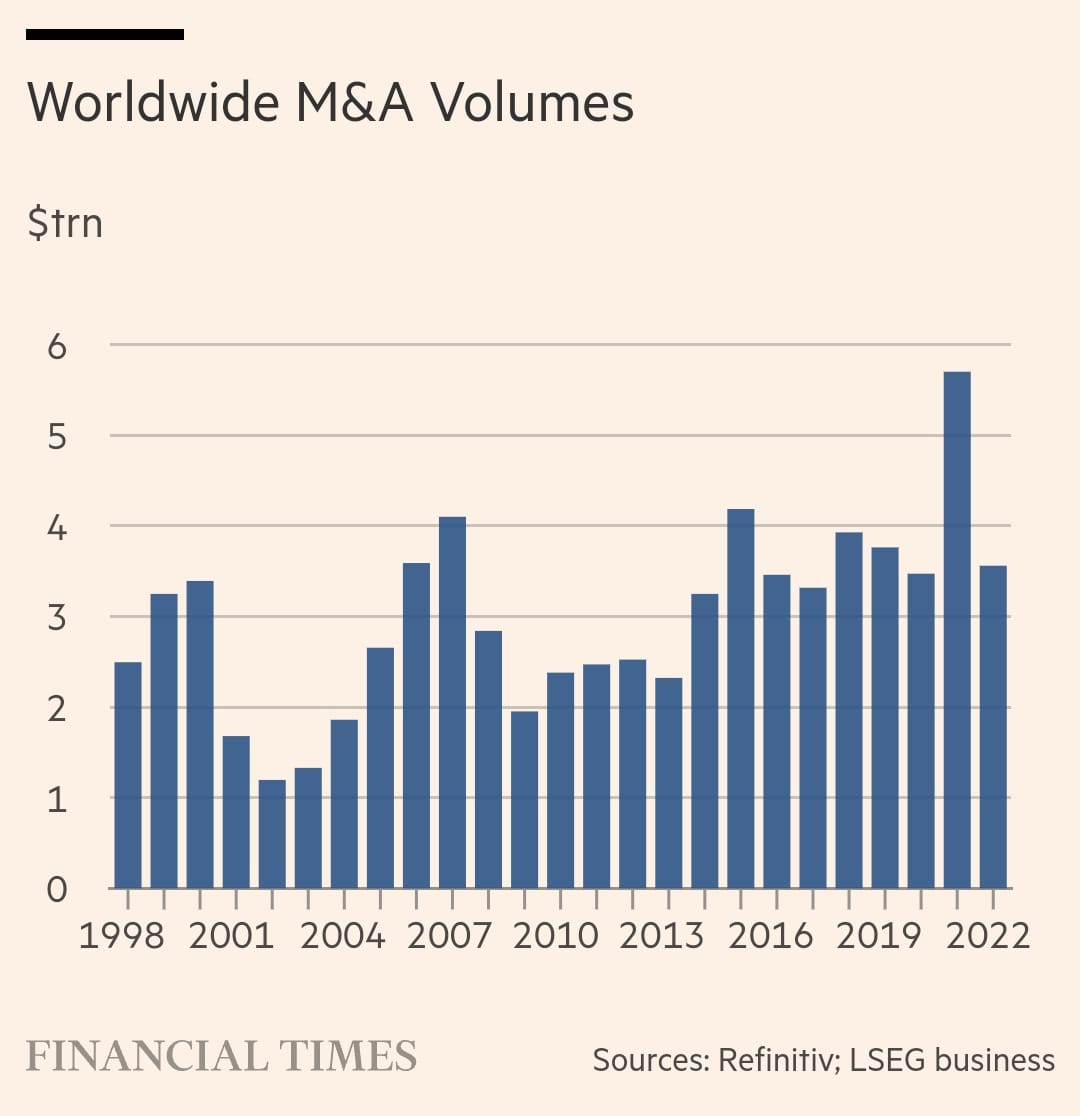 END_OF_DOCUMENT_TOKEN_TO_BE_REPLACED

I’m intented to explain fundemantal structure of Capital Budgeting herewith. Financial Modelling step is the natural inevitable outcome after the budgeting process. You may find more detailed explanations later in the article.

Capital budgeting is the process that companies use for decision making on Capital Projects those projects with a life of a year or more. It is accepted that, real capital investements of a company describe the company better than its working capital or capital structure. Valuation principles used in capital budgeting are similar to the valuation principles used in security analysis and portfolio management.

END_OF_DOCUMENT_TOKEN_TO_BE_REPLACED

China’s success in establishing the Asian Infrastructure Investment Bank(AIIB) has been widely regarded as a diplomatic fiasco for the United States. After discouraging all US allies from joining the AIIB, President Barack Obama’s administration watched as Great Britain led a raft of Western European countries, followed by Australia and South Korea, into doing just that.

END_OF_DOCUMENT_TOKEN_TO_BE_REPLACED

Being prepared is half the battle.

If you are one of those executive types unhappy at your present post and embarking on a New Year’s resolution to find a new one, here’s a helping hand. The job interview is considered to be the most critical aspect of every expedition that brings you face-to- face with the future boss. One must prepare for it with the same tenacity and quickness as one does for a fencing tournament or a chess match.

END_OF_DOCUMENT_TOKEN_TO_BE_REPLACED

In the coming year, “divergence” will be a major global economic theme, applying to economic trends, policies, and performance. As the year progresses, these divergences will become increasingly difficult to reconcile, leaving policymakers with a choice: overcome the obstacles that have so far impeded effective action, or risk allowing their economies to be destabilized.

END_OF_DOCUMENT_TOKEN_TO_BE_REPLACED Zizek is the most influential, intriguing and famed philosopher in our time. He has an heterodox, contrarian, idiosyncratic approach to every single subject. About multiculturalism, he points the reverse angle, inner truth…

Across Europe, the politics of the far right is infecting us all with the need for a ‘reasonable’ anti-immigration policy

The recent expulsion of Roma, or Gypsies, from France drew protests from all around Europe – from the liberal media but also from top politicians, and not only from those on the left. But the expulsions went ahead, and they are just the tip of a much larger iceberg of European politics.